You are at:Home»in the news»Anza Trail Traverses Griffith Park
By Kathryn Louyse on April 4, 2015 in the news

You’ve probably hiked the trail along the LA River in Griffith Park not realizing you are walking in the footsteps of families who walked along this trail to San Francisco, claiming California for Spain. That is all about to change. Friends of Griffith Park has been collaborating with the National Park Service Rivers, Trails, & Conservation Assistance (RTCA) since 2011 to bring awareness to the Juan Bautista de Anza National Historic Trail. We’ve walked the 4-mile trail, photographed it, and documented its characteristics. Working with NPS’s Patrick Johnston, former FoGP boardmember Bernadette Soter helped draft the Griffith Park Anza Trail Assessment and Recommendations Study, describing the trail, analyzing its assets and liabilities, and making suggestions for enhancements. One recommendation is installation of interpretive signage along the Griffith Park route. 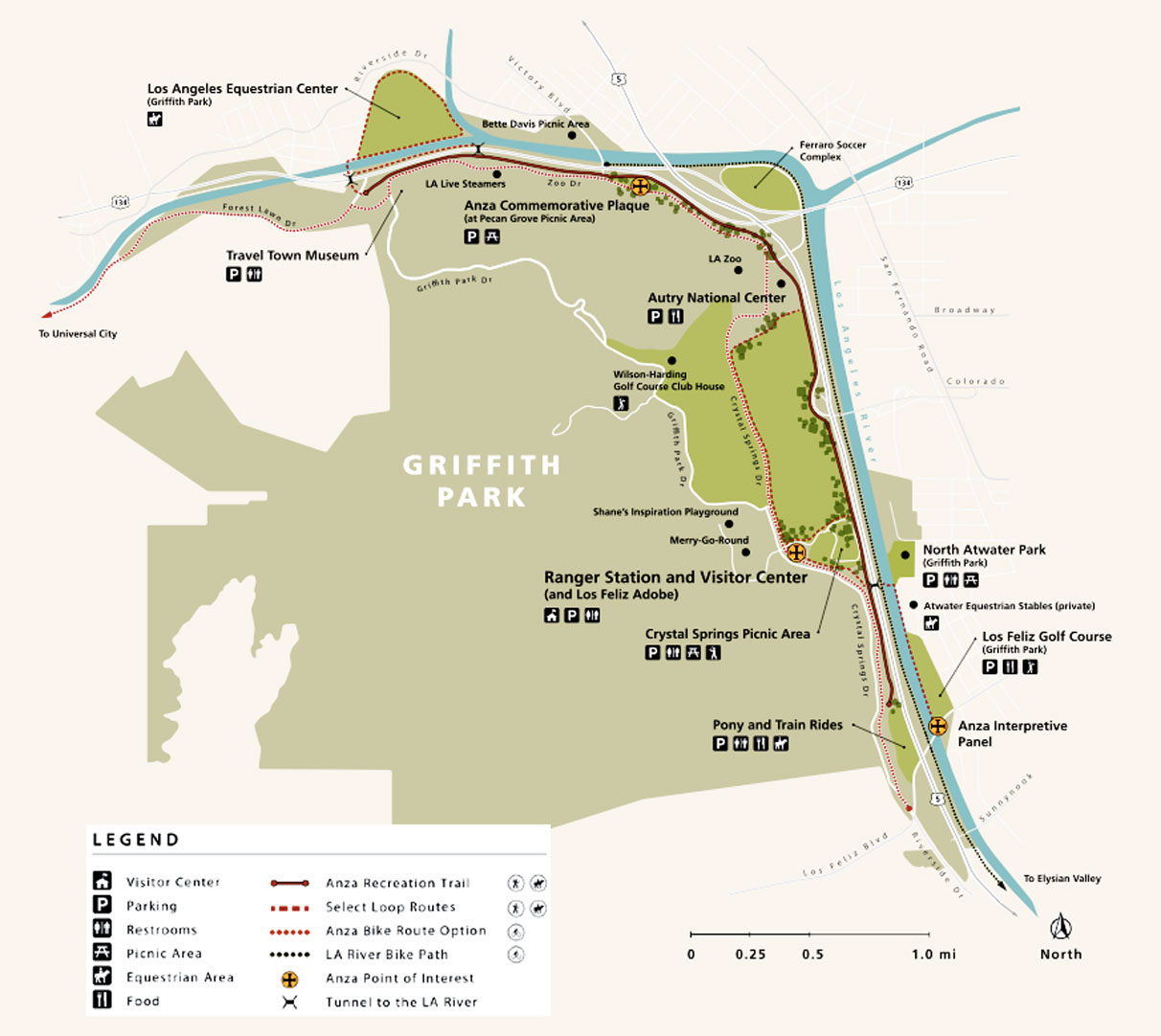 The 58-page document was then presented to LA’s Department of Recreation and Parks management on September 18 where it was enthusiastically received. General Manager Mike Shull commented that this is the type of document the department needs when applying for grants. Shull was thrilled by the prospect of having NPS Interpretive Park Rangers train Rec & Park Rangers as docents. This training, funded by a grant FoGP received from the National Environmental Education Foundation will eventually become available to the public. Please watch for Anza Trail docent training announcements ­in the spring.

Are you an avid collector of National Park stamps in your NPS Passport? Get your passport stamped for the Anza Trail at the Griffith Park Visitor Center where you can also pick up your free copy of the Anza Trail in Griffith Park brochure produced by FoGP ­last year. Happy hiking.