You are at:Home»Current Events»Attack of the Killer Beetles
By Kathryn Louyse on December 23, 2017 Current Events, in the news

First came the California drought and as we well know, droughts are really, really bad for trees. Droughts compromise the health of trees to such a degree that invasive beetle species have managed to take hold and create even more damage. Although some forecasters suggest the drought is over, trees in CA are continuing to die at alarming rates with over 100 million dead or dying… thus far. 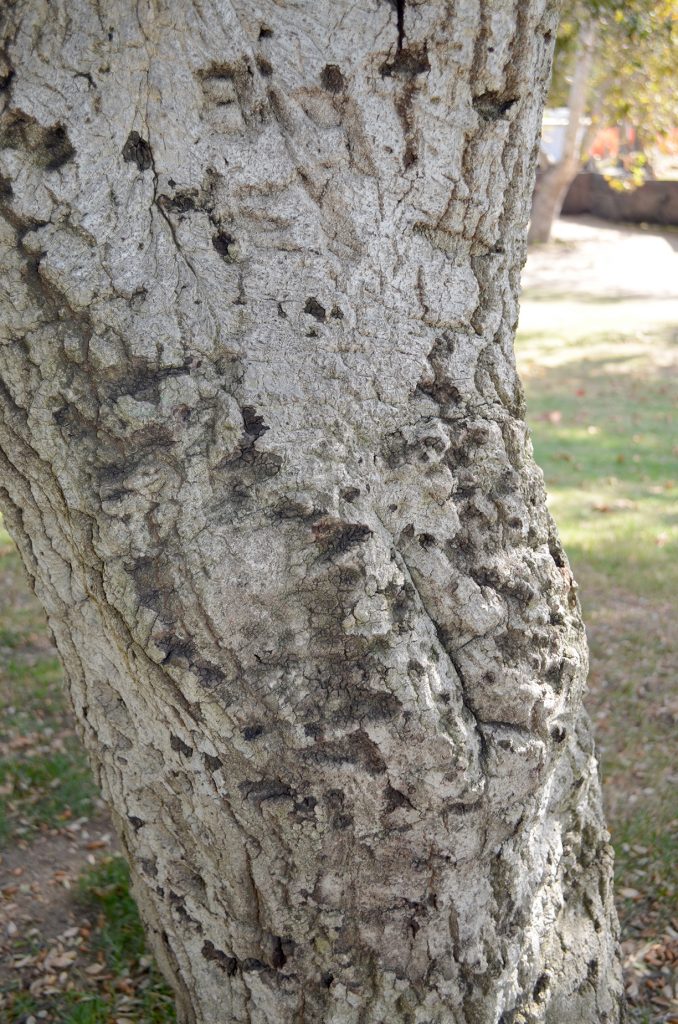 Walking through parts of Griffith Park it’s easy to see how destructive and prolonged this damage has been to the tree canopy. Recreation and Parks has been taking an aggressive stance against new beetle infestations, cutting down branches or trees as a precaution against falling trees. But trees are continuing to die, and thus far, no solution is on the horizon. In an attempt to counteract the mass eradication, new trees are being planted with help from community volunteers and maintenance staff. Want to help? Keep your eyes open for tree planting/watering opportunities with FoGP!

But the larger question has yet to be answered: how long before a solution is found?

The goldspotted oak borer (Agrilus auroguttatus) first came to the attention of San Diego authorities in 2004 as the Dept. of Food and Agriculture was conducting a study on exotic woodborers. Reports suggest this pest originated in infected firewood imported from southeastern Arizona. By 2008 this beetle was attacking large-diameter coast live oak, canyon live oak and black oak in several California state parks. In order to combat the infestation, firewood originating from these parks was quarantined.

However, the devastation has continued to spread northward infecting trees in portions of Riverside, Orange and Los Angeles Counties. This massive die-off will have consequences far beyond the health of trees and parklands.

According to reports by the U.S. Forest Service, invasive beetles could kill 38% of all trees in Southern California’s populous areas, putting more than 28 million trees at risk. Worse, RAP may lose upwards of 100,000 trees in city parks.

So, here’s the bottom line. LA will suffer enormously if a solution to combat various beetle infestations isn’t quickly found and implemented. For some time the city has been struggling due to the community’s lack of green space and a diminished tree canopy will certainly exacerbate the problem.

Hopefully once this infestation is contained, the city can move forward in addressing the “heat island effect” by planting more trees, providing shade and abating greenhouse gas emissions.