Make sure to RSVP to this amazing event!

Can not make it to this event?Change my RSVP 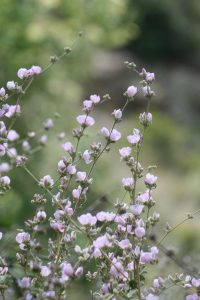 Genevieve Arnold, Seed Program Manager, Theodore Payne Foundation for Wild Flowers & Native Plants will be speaking at the first of our lecture series which is in partnership with the Los Feliz Branch Library.

Arnold will touch on aspects of why seed banking is so important. As she says, Southern California is home to the most diverse plant life in the U.S. and is considered a world-recognized biodiversity hotspot. This means that precious urban wildland interface areas are threatened by the influences of megadroughts, increased fire threat as well as continued urban development.

Griffith Park is not only one of the largest urban wilderness parks in the U.S., serving the second most populous city in the nation; it also boasts amazing biodiversity that places it at a level of global significance biologically. The presentation will highlight local seed banking efforts designed to preserve this treasured local ecosystem.

ABOUT THE SPEAKER
Genevieve was trained in conservation seed banking at the Rancho Santa Ana Botanic Garden, where she served as Seed Program Technician and Research Plant Collections Technician.  She has spent the past several years as Theodore Payne Foundation’s Seed Program Manager, where she has implemented the Long Live L.A. Parks Collaborative Conservation Seed Bank and serves as a core member of the regional Seed LA collaborative.  In addition to a passion for conservation, she enjoys the unique and artful beauty of native plants in the wild and in the garden, in all their phases – including the intricate and fascinating stages of fruit and seed development.