You are at:Home»Current Events»FoGP Celebrates a Decade of Service, Advocacy and Action
By Kathryn Louyse on February 17, 2020 Current Events, in the news 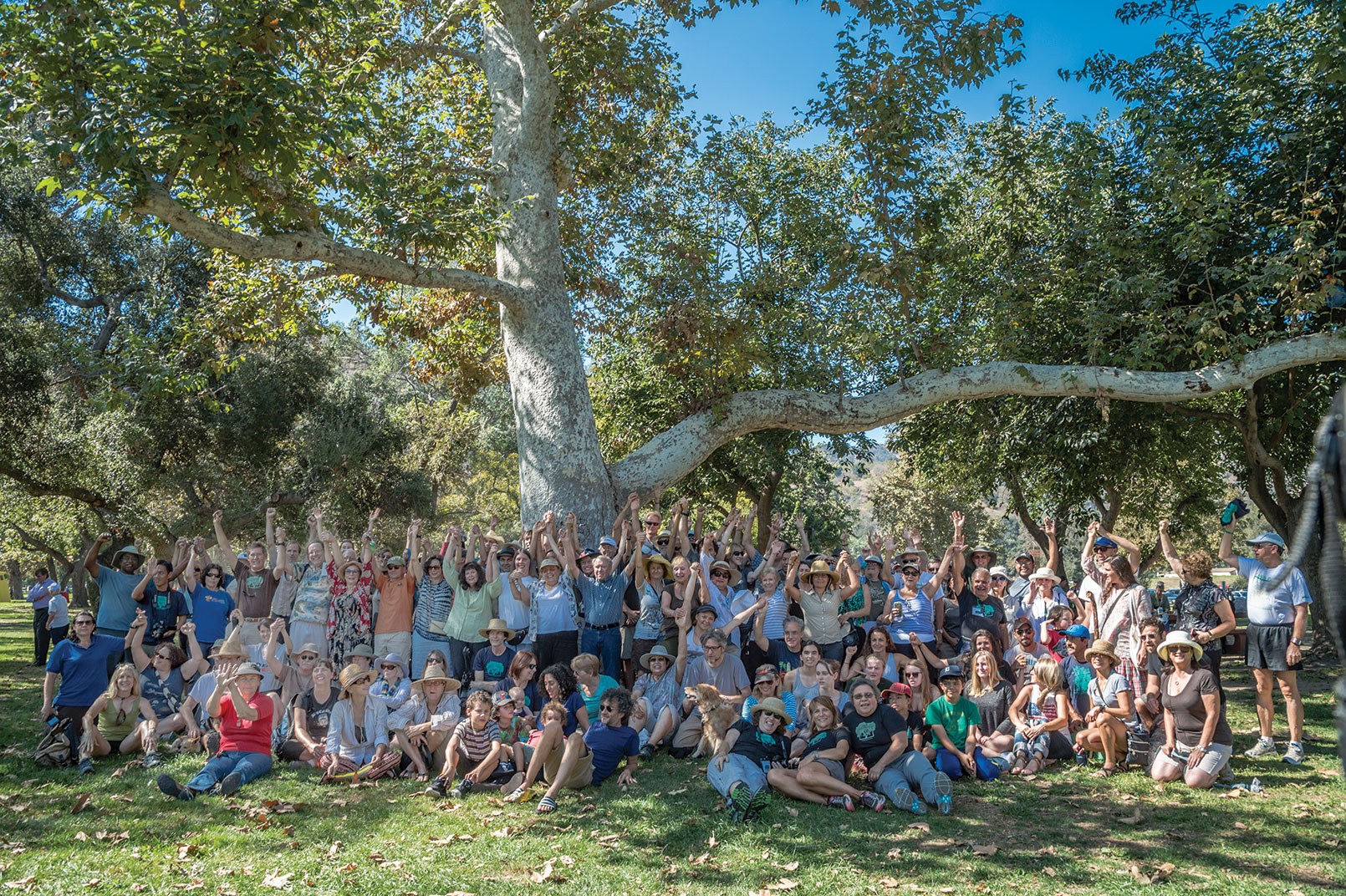 It’s hard to believe it’s only ten years that Friends of Griffith Park has been working to preserve and protect the history and wilderness of L.A.’s urban oasis, Griffith Park.

We are grateful for the many opportunities to be of service and to help spread the message of how Griffith Park is unique not just to Los Angeles, but across the United States, if not the world. We are proud to carry on the wishes of Colonel Griffith J. Griffith who wanted Griffith Park to be forever free and open to all.

Here are some highlights of our efforts over the past decade:

FERN DELL PRESERVATION
To preserve the rich history of this Griffith Park area, through a successful funding campaign and generous matching grants, FoGP invested a quarter of a million dollars to study the restoration of this site and today continues restoration and revitalization efforts. This year, repair of the pedestrian bridge will finally be completed. FoGP provided the funds for a structural engineer, preservation architect and building permits so the repaired bridge will harken back to the area’s 1920s-era roots. Future plans include restoration of the creek’s recirculating water system.

STOPPING BILLBOARDS IN CITY PARKS
Firm voices from FoGP and a terrific program on KCET halted a 2011 plan that would have put advertising in city parks. Friends continues to strongly advocate for maintaining the tranquility of city parks for all park users.

As a part of our Griffith Park Connectivity Study, a USGS camera captured the first photos of mountain lion P-22 entering the Park. Some extensive studies commissioned by FoGP include: a Rare Plant Survey, Western Gray Squirrel Genetics Study, as well as the current Raptor Survey that kicked off in 2017 and continues in 2020, among others. (A complete list of FoGP studies can be found on our website.)

SAVING CRYSTAL SPRINGS TREES
A proposal to reconfigure Crystal Springs with additional baseball fields would have meant the removal of numerous protected oaks and a heritage sycamore. FoGP successfully advocated on behalf of the now-saved trees and picnickers who enjoy this Park location.

CREATING WAYFINDING SIGNS
FoGP worked with LA Recreation and Parks Department to design and locate much-needed wayfinding signs throughout the 4,310 acres to safely guide hikers and visitors through this vast Parkland.

REMOVAL OF WATER TANKS
Numerous heavily-vandalized abandoned water tanks in the Park interior presented dangers to hikers over the years and worse, were an eyesore on the natural landscape. FoGP provided funds to remove the first tank which encouraged RAP to dismantle other nonfunctioning tanks in the Park.

PLANTING NATIVE TREES AND PLANTS
Thanks to an ever-increasing number of volunteers, FoGP has hosted numerous planting (see pages 8-9) as well as follow-up watering and mulching events. To handle the overwhelming response by individuals and groups, FoGP hired a part-time volunteer coordinator, Ross Arnold, who works closely with FoGP Boardmember Laura Howe to insure that trees, plants and volunteers come together to keep the Park green and thriving.

INTRODUCING CHILDREN TO NATURE THROUGH INSPIRING CONNECTIONS OUTDOORS (ICO) HIKES
Alongside our Sierra Club partner, FoGP has provided 3,500+ students from Title 1 Schools in low income areas an outdoor experience in Griffith Park on more than 100 hikes since 2011. FoGP works with Sierra Club to pay for the buses so these hikes are free. Under the leadership of veteran hiker and FoGP Boardmember Felix Martinez, ICO hikes are often a child’s first encounter in a wilderness area.­

RAISING AWARENESS OF RODENTICIDES
FoGP joined forces with other statewide nature-advocacy groups in support of banning the most dangerous of rodenticides which adversely affect urban wildlife, often resulting in the death of owls, hawks, coyotes, bobcats and mountain lions. California bills have been unsuccessful in the past, but the recent proposal, AB1788, has passed the Assembly and cleared nearly all committees and, with continued support from the public, may be voted into law in 2020. (More on environmental legislation on our website.)

ADVOCATING FOR MORE PARK RANGERS
When city budget cuts reduced the number of Park Rangers throughout the city, FoGP successfully advocated for funding more Rangers to protect the Griffith Park and its many users.

ESTABLISHING THE JUAN BAUTISTA DE ANZA TRAIL INCLUDING INFORMATION / HISTORICAL SIGNAGE
To commemorate the historic 1775-76 expedition that trekked from Sonora, Mexico to San Francisco – and included a stopover in current day Griffith Park – Friends of Griffith Park applied for and received grants. FoGP then worked with the National Park Service and RAP to create signage and partnered with Grown in LA to create a native plant garden so Park visitors could understand the historic significance of this area along their journey.

EDUCATING PUBLIC WITH LECTURES, WALKS, AND WORKSHOPS
In past years, FoGP has presented opportunities to the public to learn more about local animals and plants of Griffith Park as well as historical events. Friends of Griffith Park continues to offer several lectures during the year at the Los Feliz Library plus a number of annual hikes (Bird LA Day, Christmas Bird Count, Mushroom Walk, etc.) and seasonal workshops (coyote abatement, Raptor Study and more.)

As we move quickly toward our second decade of service within this urban wilderness, we must thank our volunteers and all Friends of Griffith Park members. Your participation helps us protect and preserve this Park.