You are at:Home»Current Events»FoGP Summer Lectures Continue to Entertain and Inform
By Kathryn Louyse on November 25, 2016 Current Events, in the news

This past summer, FoGP’s continuing lectures at the Los Feliz Branch Library focused on bats in Southern California – and – reptiles and amphibians species in the region. 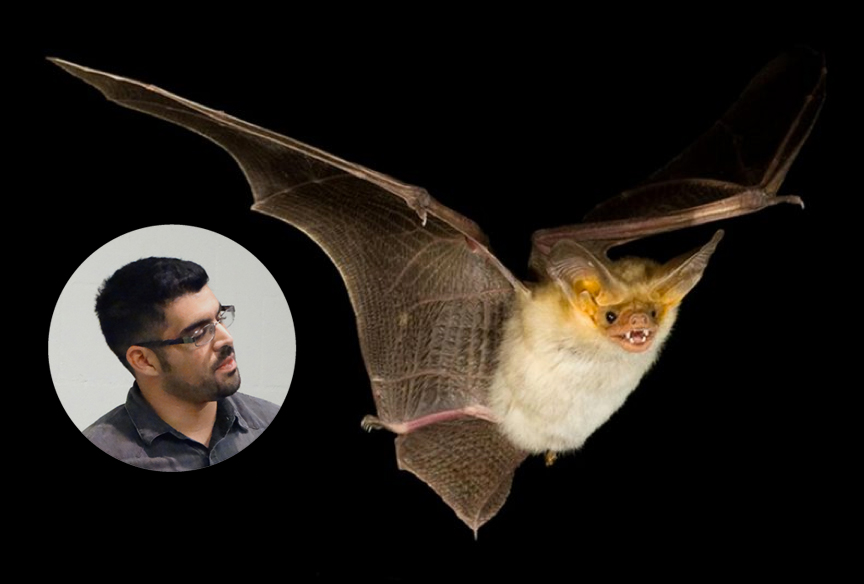 In July, FoGP boardmember Miguel Ordeñana* from the Natural History Museum spoke about bats and their importance in the overall health of the ecosystem, and by the way — according to Ordeñana — bats are not scary.

Bats control insects (especially mosquitoes) and they also pollinate plants, so it’s crucial these flying mammals are protected. Ordeñana explained that bats have not radically changed over the course of evolution. He spoke about species of microbats that have been found in the La Brea Tar Pits, and how echolocation is used by bats to navigate their environment. [Echolocation is the sonar-like system bats use to detect objects by emitting high-pitched sounds that bounce off objects like prey and return to the bat’s ears or other receptors.]

In August Dr. Greg Pauly** took to the podium to discuss SoCal reptiles and amphibians, and the importance of accurate data gathering, especially across our increasingly-urbanized landscape. Pauly is Associate Curator of Herpetology at the Los Angeles Natural History Museum, and also co-director of the Museum’s new Urban Nature Research Center.

He began by explaining Biodiversity Hotspots – what they are, and why identifying them is important to the overall health of the community. Because humans are pushing more land conversion toward agriculture, the state of California is now considered one of 35 hotspots in the world. One difficulty Dr. Pauly and other researchers are encountering is lack of data. Data collection is becoming increasingly difficult as more land is privately owned. As was indicated in the case of collecting information about bats, Dr. Pauly noted that researchers are unable to simply walk into back yards to study whatever species they’re investigating.

Both Ordeñana and Pauly discussed how difficulties in obtaining reliable research on their individual topics led­ to the creation of Citizen Science as a way to engage the broader community to help with research. http://www.nhm.org/site/activities-programs/citizen-science

In the case of reptiles, individuals can upload their photos and observations online to the RASCals site (Reptiles & Amphibians of Southern California). http://www.nhm.org/site/activities-programs/citizen-science/rascals/observation-data

Speaker bios
*Miguel Ordeñana In addition to his work with the Los Angeles County Natural History Museum, Miguel Ordeñana conducts urban mammal research projects (bats and carnivores) and citizen science outreach at the museum. He credits growing up in the shadow of Griffith Park as the impetus for developing an interest in wildlife preservation issues.

**Dr. Greg Pauly studies the natural history, evolution, and conservation of reptiles and amphibians. Since joining the Natural History Museum in 2012, he has increasingly studied the impacts of urbanization on wildlife.