You are at:Home»in the news»Griffith Park Fees
in the news 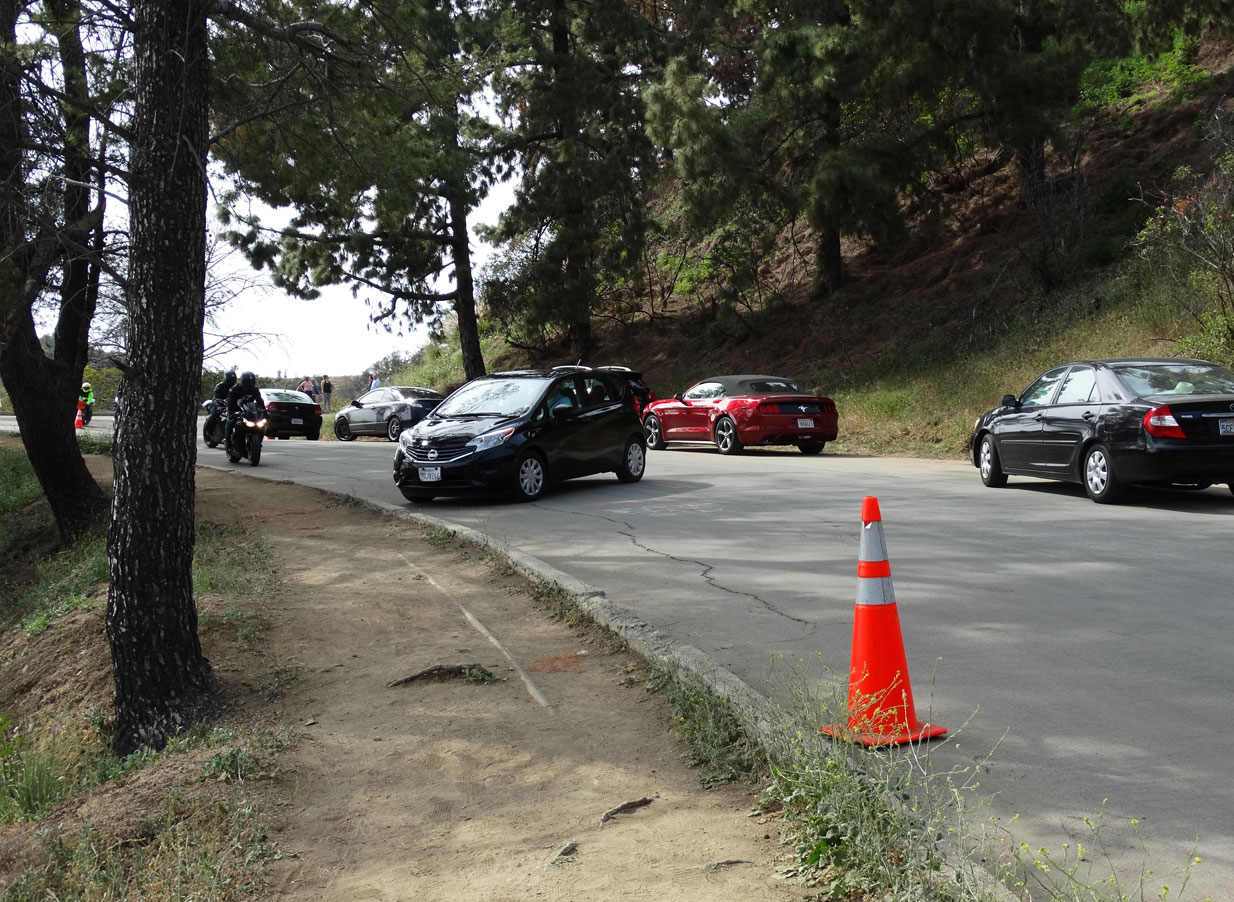 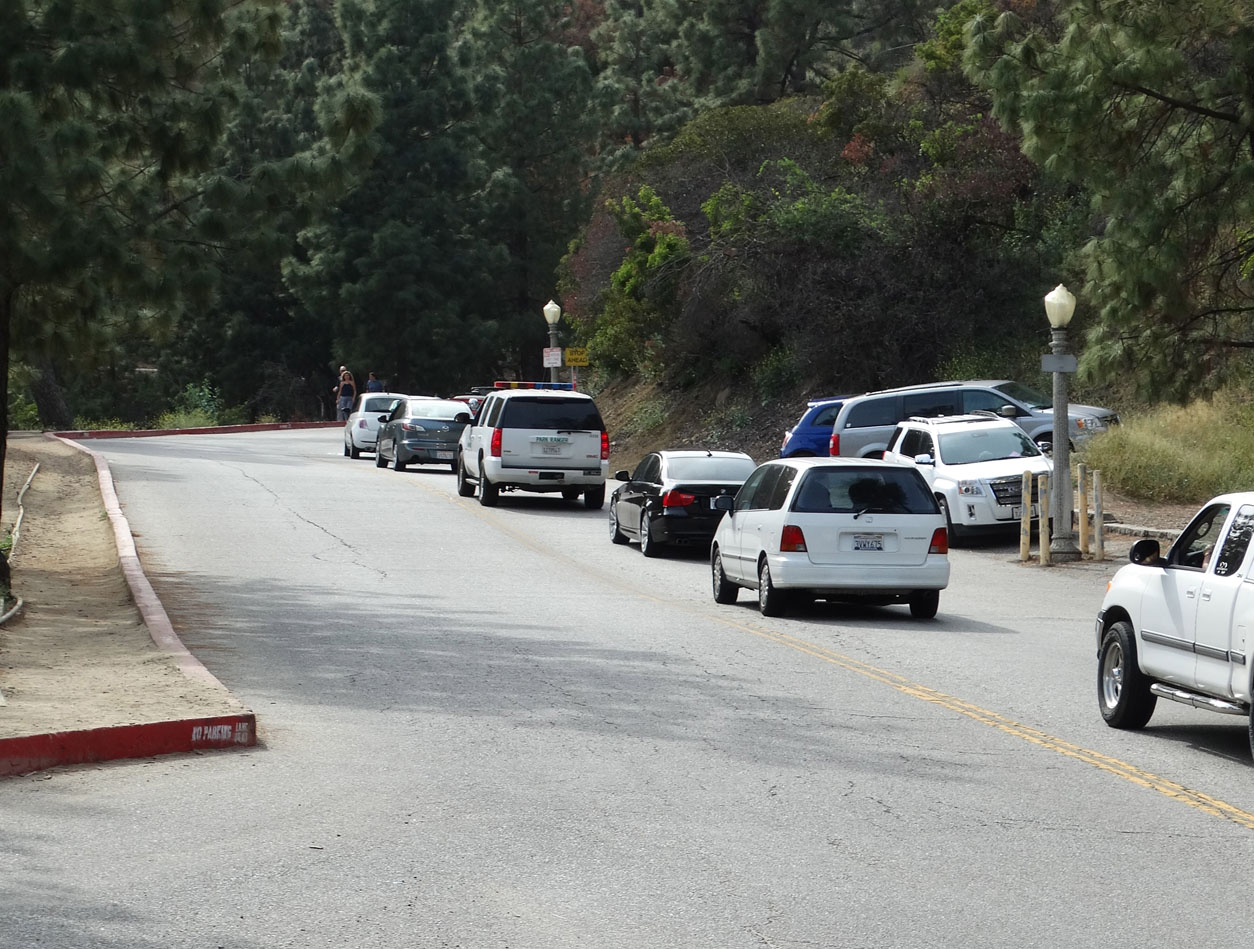 Urban parks are not businesses. On the contrary, they are respites from the commercialization we encounter everywhere else in our metropolis. The current challenge park users face is resisting the emerging “cost-recovery” ethic whereby officials are attempting to resolve the City’s budget shortfall by reclassifying parks as sources of revenue. Bureaucrats are pioneering new ways to charge the public for using its own property (commercialization) or are redirecting our communal spaces into private hands (privatization). New directives are cannibalizing the parks budget, forcing parks to pay for essential city services such as water, power and trash pick-up (chargebacks). Depressed revenue is cited as the justification for these measures, but at the same time, the City is awarding hundreds of millions in grants, tax subsidies and other support to privately owned hotels and arenas, cultural attractions and entertainment enterprises operated for profit.

For more than a century, L.A. residents have supported our municipal park system, recognizing the fundamental role parks play in making this a livable City. Free access to our parks is a core civic value. Griffith Park, our largest municipal park, actually came with the stipulation that its access be free. Its donor, Griffith J. Griffith knew poverty in his youth and insisted that there be no financial barriers to its use. He could not have foreseen, but certainly would have recognized, that in car-dependent 21st century Los Angeles charging to park in Griffith Park is tantamount to levying an admission fee.

Recently, when the Greater Los Angeles Zoo, a rent-free tenant of the Park, was pressured to introduce paid parking to its lot that serves general park users and the Autry as well as the Zoo, Friends of Griffith Park was successful in keeping access free. We spoke before the Zoo Commission and to City officials, wrote letters and asked other groups to join us. At the end of the day, all parties agreed that the plan was inefficient as well as regressive. On second look it emerged that the potential revenue gain from instituting paid parking would be eclipsed by the cost of installing a fee-collection system. A very minimal increase in ticket price would achieve the Zoo’s goals without penalizing all park visitors. This episode yielded another positive result. In the City’s Draft of a Request for Proposals (RFP) for the private operation of the Zoo, language has been inserted specifying that parking at the Zoo will remain free.

We recognize that the City is facing a fiscal crisis. But it is punitive to devise ways to charge cash-strapped families and individuals to use the resources they have long owned and supported through taxes and bond measures. Even in the depths of the Great Depression, the City of Los Angeles did not levy new fees. Nor did it reposition its parks as moneymaking resources.

Last fall, in an arrrangement brokered by the privately held L.A. Parks Foundation, Warner Bros. was invited to install supergraphics for its 3-D movie Yogi Bear, on walls, fences, tables, shade shelters, benches, walkways and other surfaces throughout Holmby Park, Pan Pacific Recreation Center, and Lake Balboa Park. Under the deal approved by the City’s Recreation and Parks Commission, the corporation would donate $57,000 to the Foundation which would deduct handling fees before turning over $42,636 to Rec and Parks. In addition to providing unprecedented marketing access to L.A.’s kids, the plan violated the city’s billboard ordinance. But when the City Attorney’s Office pointed this out to the Rec and Parks Commission, its President responded,“Make it legal.”

On April 27th, we attended the City Council’s 2011-12 Budget & Finance Committee Meeting and were dismayed to hear the same executive – who also heads the L.A. Parks Foundation – defend permitting advertising in parks, which he redefined as thanking and acknowledging donors. He prefaced his remarks with the statement, “This is not a windfall,” signaling that the potential upside from selling advertising will not begin to address the parks’ multi-million dollar shortfall or resolve the maintenance, staffing and security losses faced by the system.

Friends of Griffith Park not only opposes advertising in parks, we do not believe it is necessary if the actual goal is to credit donors. Throughout Los Angeles, corporate benefactors of public and cultural institutions are thanked and acknowledged handsomely on donor walls featuring no logos or references to the companies’ products or services. The Los Angeles Public Library, UCLA, the Music Center, and multiple museums are examples.

Some officials agree, but others dismiss objections to advertising as “elitist,” implying that protecting parks from blight and kids from exploitation is motivated by snobbery. Further muddying the issue, anti-sign activists are being spun as opposing Little League sponsor banners which are permitted on field fences in parks and are benign. Keeping advertising out of parks will be a protracted citywide battle that will requireall of us to pitch in. While the threat is on hold for the time-being, some officials are working on developing language that would exempt parks from the billboard ordinance.

There are serious implication for our parks as well as the City as a whole. Should promoters of advertising in parks prevail, the City’s hard-fought billboard ordinances could implode. And who is to say that this scheme won’t morph into a lucrative contract to be turned over to an outdoor advertising company which would be a windfall for that company, indeed.

Chargebacks, a mechanism through which the city collects money from itself, have dealt a $19.7 million blow to this year’s Rec and Parks budget. While the city is not obligated to pay for parks’ basic operating expenses such as water and power, it has done so for decades — we presume out of sense of fairness. After all, our municipal parks provide the LADWP with free land upon and underneath which it erects permanent structures – electrical relay towers, reservoirs, water tanks, and giant underground conduits – for the acquisition, storage, transmission and delivery of its products to its paying customers. Nevertheless, the 2010-2011 City Budget forced the Recreation and Parks Department to pay for water and power at its more than 400 properties. The 2011-2012 City Budget does the same, this time reducing the parks’ operating budget by $16 million. The LADWP is not being compelled to reciprocate by paying lease market rates (franchise fees) to Rec and Parks to continue to occupy its lands. Nor is the Sanitation Bureau being asked to compensate the parks for its facilities on parkland, although the parks are now being required to pay $3.7 million for trash services.

Chargebacks should not be a one-way street. The LADWP and Sanitation Bureau should pay the parks for their tenancy, or the City should declare it a wash and return to the previous practice of providing these departments’ services free to parks. Friends of Griffith Park will continue to oppose commercialization, privatization, chargebacks and other cost-recovery schemes that penalize our parks while degrading their beauty and purpose. If you would like to help keep commercial advertising out of parks, send a message in opposition to your City Councilmember. If you would like to help restore $19.7 million to this year’s Recreation and Parks budget, send a message opposing these unfair chargebacks to your City Councilmember and the Mayor.

photo above: traffic begins to bog on Mt. Hollywood Dr. as one driver attempts a 3-point turn on a curve.
second photo: traffic inches toward the tunnel leading to Mt. Hollywood Dr. and the Observatory. Ranger patrol vehicles are also caught in the traffic and in an emergency, would be unable to respond.