You are at:Home»Current Events»Investigating Griffith Park
By Kathryn Louyse on December 13, 2018 Current Events, in the news 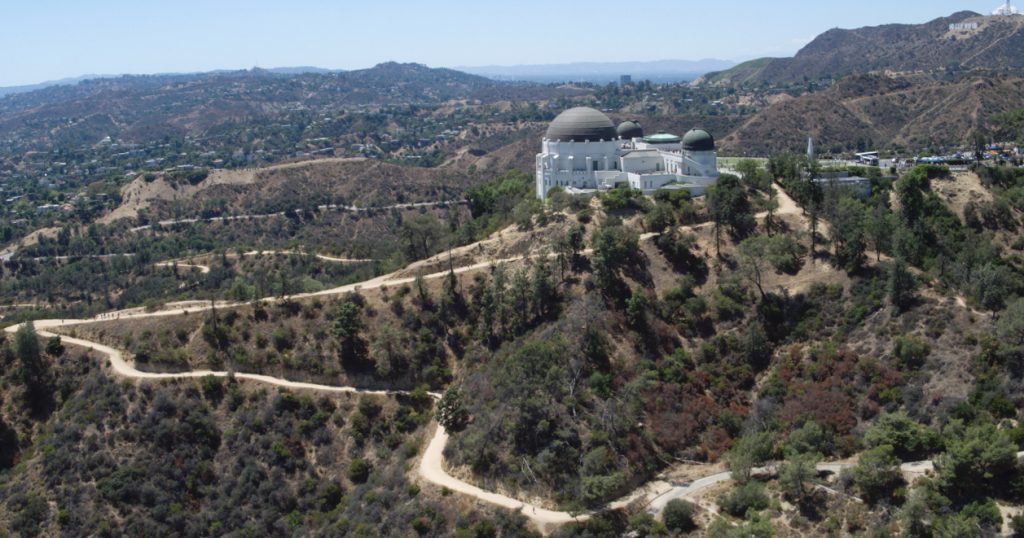 If you were preparing an exhibition on Griffith Park, what organization would you consult? Friends of Griffith Park, of course! That’s exactly what the Autry Museum of the American West did when they began planning their new exhibit, Investigating Griffith Park. Slated to open November 16, this teaser exhibit is designed to learn which topics about the Park attract
the most attention from visitors.

Senior Curator Carolyn Brucken invited Friends Vice President of Science and Conservation Gerry Hans and President Marian Dodge to the museum for a preliminary discussion of their plans which include hands-on activities and thematic prototypes which may be incorporated in future exhibits. Topics of great interest will be expanded and developed into more detailed displays for a permanent exhibition on Griffith Park which is scheduled to open in 2021 on the 125th anniversary of the Park. The exhibit spans 4,000 square feet!

Gerry Hans was asked to prepare five questions about animals living in the park. No, we’re not going to tell you the answers; you have to figure it out yourself! The animal part of the exhibit will feature life-size photos of several animals from a harvester ant to our famous mountain lion, P-22. You’ll see how they keep visitors from stepping on the harvester ant. Additionally, kids can crawl into P-22’s “cave” and play a board game designed by Narrated Objects for their P-22 coloring book. (See FoGP’s Griffith Reporter, Fall, 2017)

Other areas in the exhibit feature the plants of Griffith Park, early movies filmed on location, and famous people associated with the Park. The Autry’s creative exhibit staff has designed a variety of ways for visitors to give feedback. In one area, visitors can write comments on a paper, clip them to a string, and run them up in the air like a kite. As visitors approach the gallery exit, they can try their hand at a pinball machine to choose where they will go next in Griffith Park. Balls will drop into holes each labeled with a different special feature in the Park. The idea is to encourage people to visit parts of the Park they have never seen before, hence the title of the exhibit: Investigating Griffith Park.

This is a terrific opportunity to learn new things about Griffith Park and to give your feedback to the Autry. Visit the Autry Museum of the American West’s website at: theautry.org or call (323) 667-2000 for hours of operation and other details.

A recent article in LA Magazine highlights the Autry exhibit