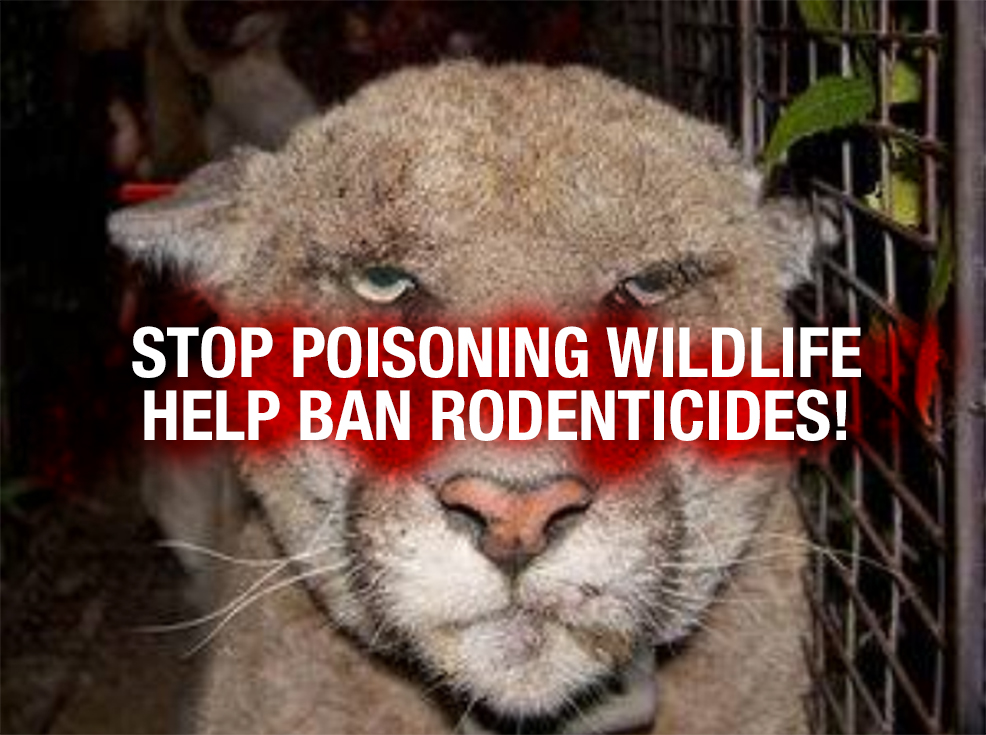 Remember how sick P-22 was a few years ago?
AB-1788 is now being considered at the CA Assembly
but it’s not just P-22 that’s affected… It’s ALL California wildlife

Make Your Voice Heard Today
because comments are needed by Tues., Mar. 19!

A bill to ban the worst of the rat poisons was recently introduced – and our elected officials need to hear from YOU today!

AB 1788 will ban the most toxic rodenticides, the “second-generation” anticoagulant rodenticides, with exceptions for some agriculture and public safety emergency usages. These potent rodenticides inadvertently kill owls, hawks, bobcats, coyotes, and mountain lions as these poisons move up the food chain.

Two previous bills to restrict the use of some rat poisons in California failed.

This time, let’s not allow this to happen. We need everyone to get onboard and send emails in support of AB 1788. Read more here.

Friends of Griffith Park and other environmental organizations were notified over the weekend that AB 1788 has been set for its first hearing, in the Assembly Environmental Safety & Toxic Materials “ESTM” committee, on Tuesday, March 26 at 1:30 pm (State Capitol, Room 444).

With this date rapidly approaching, support letters must be submitted by Tuesday, March 19 at 5:00pm (PST) to be considered in the committee’s analysis. FoGP has already submitted a formal letter which can be accessed here.

There will be other hurdles down the line, but we want everyone to step up to the plate TODAY and voice their support for AB1788.

The California Assembly requires that all support letters be submitted through ESTM’s online portal (there is button on the right side to “submit position letter”). You will have to create a login for this, but it is fairly simple and easy to do!

Please act quickly! Do it today because California wildlife is depending on you!

Speaking of P-22, occasionally we get some positive news about the ‘big guy’ and how he’s been doing… so an update is in order.

In May 2019 he was recaptured to do some bloodwork and change out his monitor battery (they do go bad after awhile). According to NPS officials, he’s looking great. Our only complaint about the article… P-22 is not roaming the Santa Monica Mountain range. His range is actually the 4,000+ acreage encompassing Griffith Park. If he roamed further afield, he would probably encounter other predator cats which wouldn’t be a good thing. https://www.nbclosangeles.com/news/local/P-22-Mountain-Lion-Recaptured-in-Healthy-Condition-Officials-Say-509391251.html