You are at:Home»in the news»Rodenticides – The Legislative Front
By Kathryn Louyse on April 4, 2015 in the news, Preservation, Rodenticides 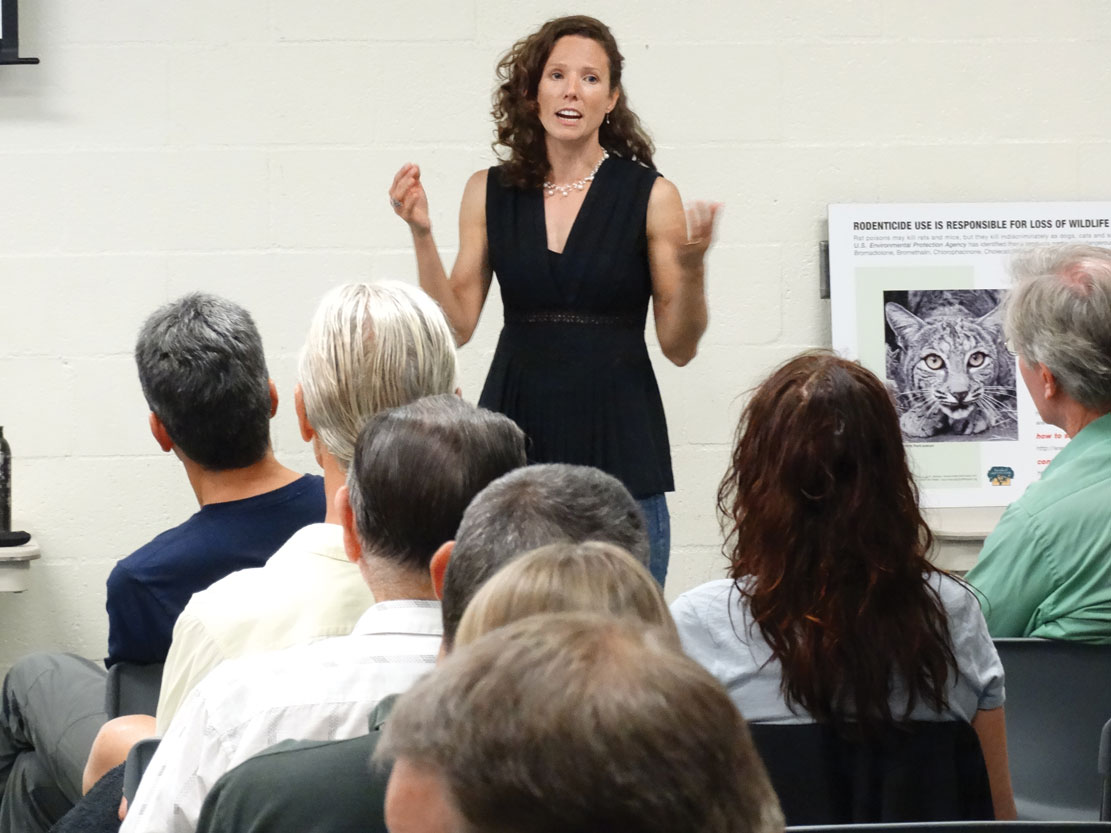 Friends of Griffith Park has been vocal in asking the City and the State to do their part to reduce the use of rodenticides. A City Council motion was responsible for bringing the Department of Recreation and Parks to the table which has finally led to a voluntary phase-out of second generation anticoagulant rodenticide usage in our city parks, including Griffith Park.

While that’s a good start, Griffith Park’s P22 was nearly killed by a first generation rodenticide. These rodenticides are also potent but don’t have the lengthy half-life in the blood that second generation agents have. So far, citizens have it on good word that the first generation type will be used in our parks only when other methods of rodent control can not be used. We would like to see a more absolute commitment to their elimination. A number of other cities, such as Malibu, have completely outlawed all first and second generation rodenticide usage.

On the residential side, second generation agents have been taken off the shelf for consumers since July as a result of state legislation which we strongly supported. However, licensed pest control companies may still use them. And first generation rodenticides are still available to consumers. The use of these poisons, especially surrounding parks with an abundance of wildlife, is highly inappropriate considering the many alternative methods for solving most rodent problems.

Alternatives include humanely-designed mechanical and electrical traps. However, the first focus should always be eliminating the primary cause, often the availability of food sources and plant protection (such as ivy) where rats thrive.

In July 2014, UCLA Biologist Laurel Serieys presented a talk on the effects of rodenticide use in wildlife communities. Friends of Griffith Park is committed to educating the public on alternatives to rodenticides in the community.