You are at:Home»in the news»Say Cheese!
By Kathryn Louyse on December 13, 2018 in the news, Preservation 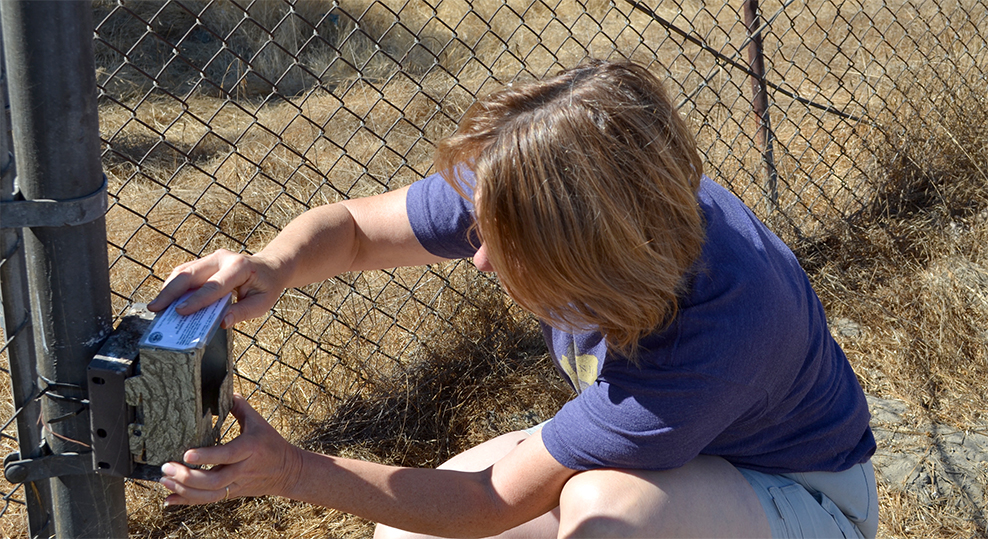 Friends of Griffith Park is one of many organizations currently working with the National Park Service monitoring wildlife in and around the 30 miles of the Los Angeles River and some of its
tributaries.

The L.A. River Wildlife Camera Project which began in January 2018 involves 40 cameras installed at locations from the Bell Canyon headwaters to Boyle Heights. FoGP is in charge of three cameras in select spots in Griffith Park near the LA River.

Knowing that the LA River is often a corridor between big tracts of parkland and the city, the NPS wants to discover whether animals are using the river and its tributaries – with genetic isolation being a problem for many critters in the Santa Monica Mountains, it’s hoped that maybe animals around the L.A. River are using these waterways as a wildlife corridor to chart out alternative passages. It makes sense when you think about it – these are undeveloped areas that often have little human activity, a good fit for wildlife.

The L.A. River Wildlife Camera Project is funded entirely through philanthropic support (Santa Monica Mountains Fund and the Lush Cosmetics Foundation). It’s also made possible by the work of volunteers who are monitoring and manning the cameras. In addition to Friends, other groups involved in the project are: Citizens for LA Wildlife (CLAW), Friends of the LA River, Heal the Bay, the Los Angeles Conservation Corps, the Nature Conservancy, the National Wildlife Federation, the San Fernando Valley chapter of the Audubon Society, and Angeles Chapter of the Sierra Club.

Over the last year, Friends of Griffith Park deployed these motion-activated cameras for four-week intervals each quarter, with a mid-period camera check. Cameras can generate an estimated 5,000 pictures each round due to tripping by wind-driven vegetation movement – it’s no small feat to sift through images!

The project will last a minimum of two years.

So far, these camera monitoring traps have captured foxes, bobcats, opossums, coyotes, skunks, raccoons and other mammals throughout the breath of the waterways. Likewise, FoGP cameras have documented coyotes, bobcats, and yes, even P-22!

Researchers are also interested to see if feral cats – that often prey on wild birds – are using these passageways.

To increase the odds of the remote cameras snapping a picture of an animal, olfactory lures are strategically placed. The fatty-acid scented tablet – which smells quite a bit like bad cheese – is secured to the ground and lined up for optimal camera snapping position.

Similar studies are concurrently taking place across the country in cities like Denver, Austin, Indianapolis and others, as part of the Urban Wildlife Information Network, a project of the Lincoln Park Zoo in Chicago. Biologists hope to observe overall trends and comparisons which can help them further understand urban wildlife and provide data to influence city planning and wildlife management.