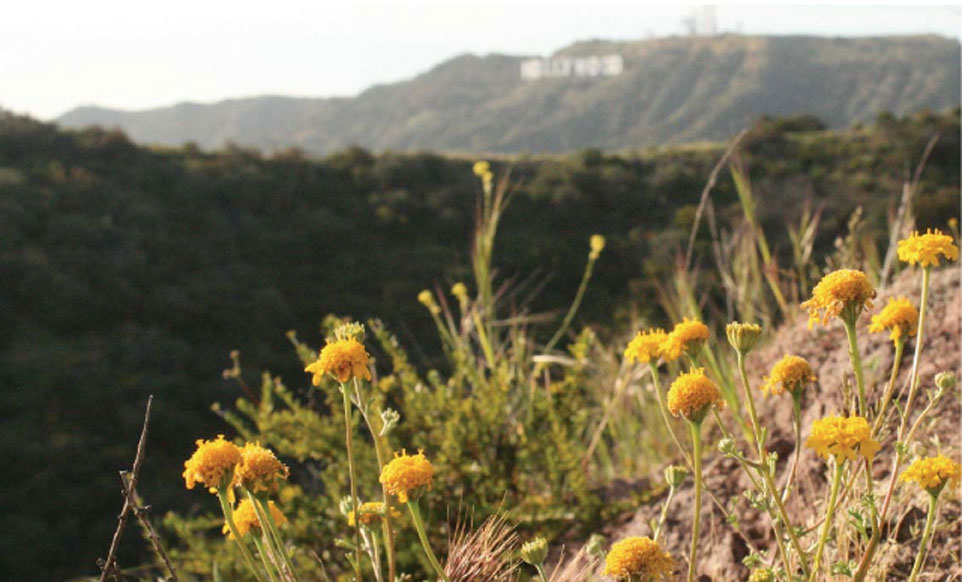 Griffith Observatory Director, Dr. Ed Krupp, famously calls his copper-domed museum of the cosmos, the “hood ornament of Griffith Park.” We humbly submit that the Hollywood Sign is its autograph.

Created in the 1920s to promote an upscale real estate development that enjoyed initial success before being sunk by the Depression, the orphaned sign was left to decay over the city before joining Griffith Park in 1945 as part of a 425-acre acquisition that pushed its boundaries west.

The sign’s addition to Griffith Park ultimately saved it. As public property, it entered the civic conversation, first as a liability to be repaired, then an icon to be revived. Most recently, protecting the viewshed around the restored Hollywood Sign was the linchpin of the National Trust for Public Land’s campaign to purchase and add Cahuenga Peak to Griffith Park. In so doing, the park was expanded again, this time by 138 acres of rare urban wilderness land, populated with native plant and animal species that have managed to endure in this end of the Santa Monica Mountains.

In addition to being L.A.’s largest Historic-Cultural Monument, the park is a treasury of singular landmarks each with its own story to tell. We alert you to some very thorny issues, including the proposal to introduce commercial advertising to L.A. City parks. Friends of Griffith Park opposes this, and is advocating to ensure that the only billboard in Griffith Park is the decommissioned Hollywood Sign. Won’t you join us?