You are at:Home»Current Events»The 2020 Raptor Survey is NOW CLOSED TO NEW APPLICATIONS!
By Kathryn Louyse on December 3, 2019 Current Events 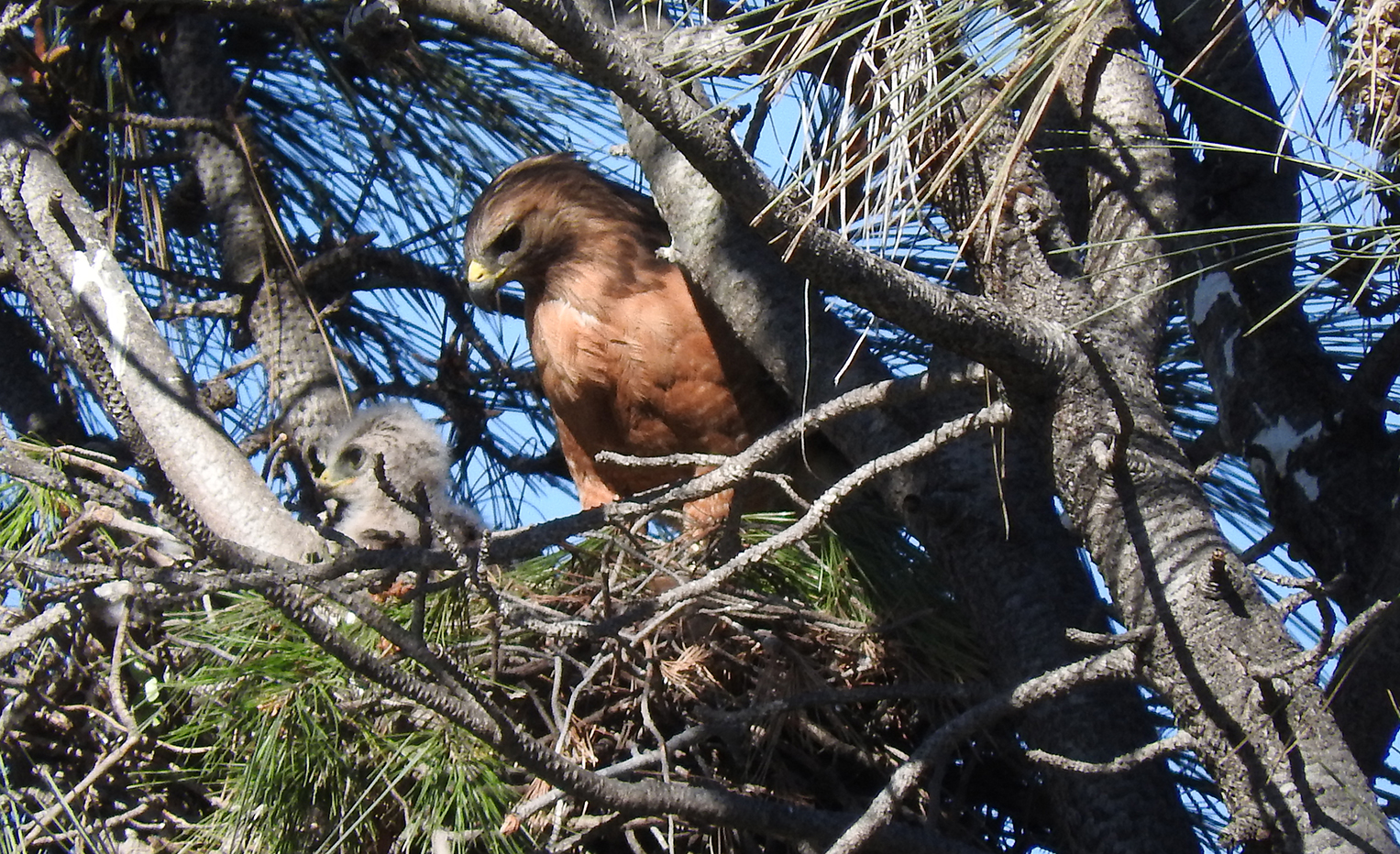 Due to the overwhelming number of volunteer rsvps, we’ve had to close this years’ signups. If you wanted to take part, but didn’t sign up, you’ll have to wait until next year to participate. In the meantime we encourage you to get out and watch on your own, and if you have a nest and would like to include it in next year’s study, please contact Courtney at griffithparkraptors@gmail.com with the information.

While we’re sorry some will be excluded, we hope this won’t discourage you from participating in future studies.

Maybe you had such a great time last year, you’re ready to participate again this year –or– time constraints prevented you from participating in the past and you now have free time to spend out in the field watching raptors fly… and make little raptors.

In case you missed it… the 2020 Raptor Study was mentioned in a recent article from the LA Times along with a nod to the study’s co manager, Courtney McCammon https://www.latimes.com/lifestyle/story/2020-01-03/outdoors-nature-tidepools-bighorn-sheep-raptors-griffith-park-newport-beach

Either way, the Raptor Study is back for the fourth year and FoGP is excited to again be part of it. If you’re interested in participating, there will be two training sessions (attendance to one is required for all those wishing to participate). Volunteer application form pdf is included at bottom – you can fill it in and send it to griffithparkraptors@gmail.com by January 31st. A brief outline of what to expect if you’ve not done this survey before is also included. We guarantee you’ll have a really good time if you choose to become a volunteer. If you’re interested in volunteering, you can sign up for either or both sessions by going to the email and along with your application, let Courtney know which session you’re interested in attending. Also use the email if you have questions for Courtney!

But first, little background about the study area from Cooper Ecological Monitoring.

Griffith Park, including the Los Angeles River channel, is home to about 150 regularly-occurring bird species. Intensive fieldwork following the May 2007 wildfire documented nearly 100 species in the park (exclusive of the L.A. River). Raptors are of particular interest since many tend to use the same nests or nesting sites year after year, and are of high interest to both the public and to conservationists. Because they vary in disturbance tolerance, raptors are good indicators of ecosystem health.

During each of the past 3 seasons (spring/summer), volunteers have documented 50-60 active each year within c. 10 km of Griffith Park. The Red-tailed hawk remains our most numerous species (more than half the detected nests each year), with Cooper’s Hawk, Red-shouldered Hawk and Great Horned Owl less common but still widespread. Unfortunately nests of American Kestrel remain elusive, although a probable territory has been noted in the Elysian Valley near the former Taylor Yards railway yard. In addition, Cooper Ecological received regular reports of likely nesting by Western Screech-owl and Barn Owl, but have yet to fully document these species within the study area.