You are at:Home»Current Events»FOLAR’s 27th Annual Cleanup
By Kathryn Louyse on April 6, 2016 Current Events, in the news 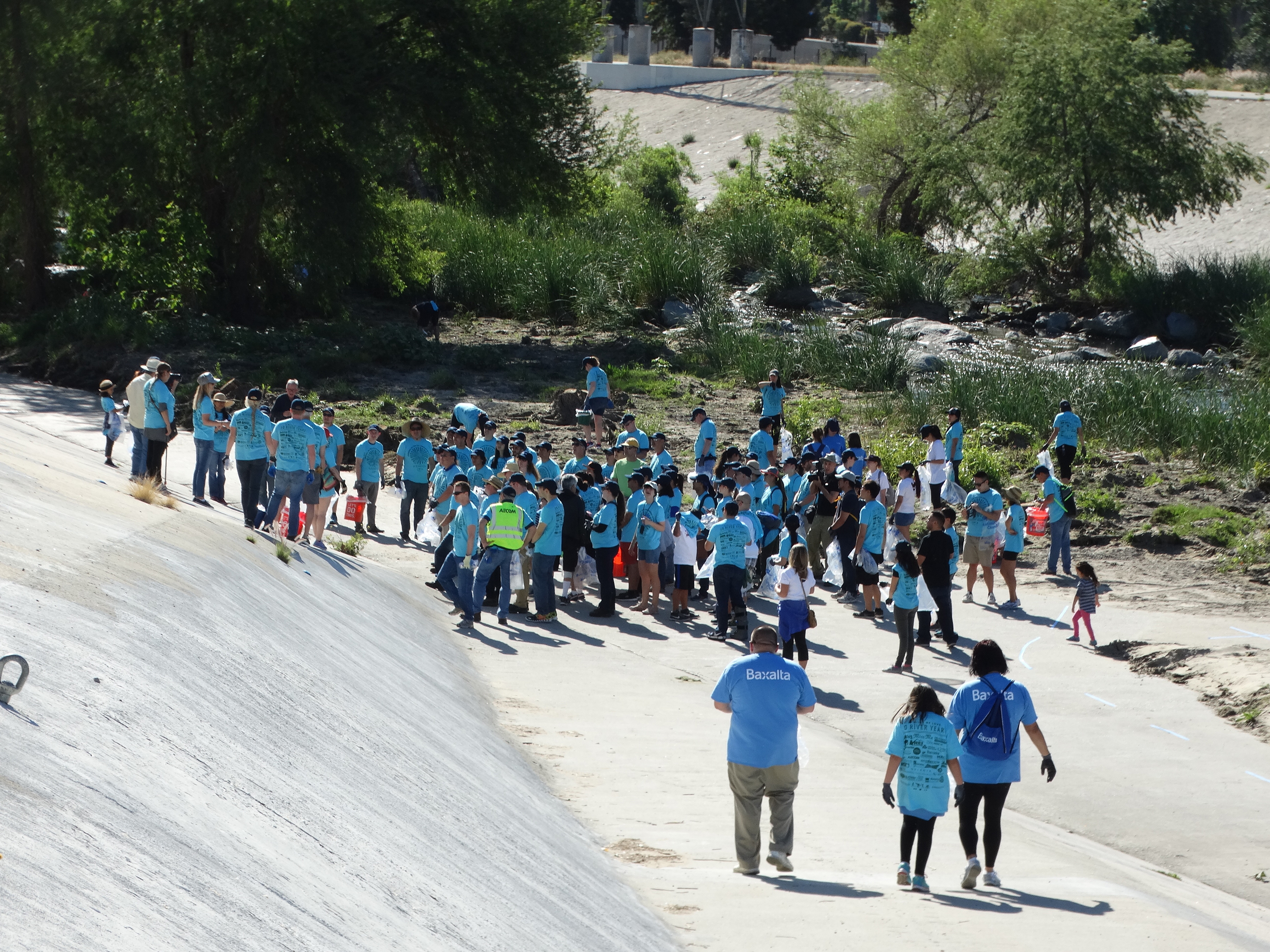 FOLAR’s 27th Annual LA River Cleanup hosted by Friends of Griffith Park was a spectacular success at Bette Davis Picnic Area with hundreds of individuals joining in the 3-hour effort to rid trash from this portion of the river.

As anyone who’s participated in these cleanups has discovered, it’s important and relatively easy to protect the health of the river and wildlife from the effects of El Niño storm trash being washed down the channel and ultimately, into the ocean, simply by keeping trash out of the river. Several months ago by reducing the overgrown and extremely invasive arundo plants, the Army Corps of Engineers helped make this cleanup a lot easier since much of the trash collected on the island and not in the overhead canopy which would have made this a great deal more difficult.

According to FOLAR’s website, this was the first of three cleanups that will occur over the next several Saturdays… Friends of Griffith Park are always proud to be one of the site hosts and will continue to help in the effort as it helps to keep the LA River clean for wildlife, waterfowl and the health of the community.