You are at:Home»in the news»Wild About Mushrooms in Griffith Park
By Kathryn Louyse on December 29, 2014 in the news, Urban Wild 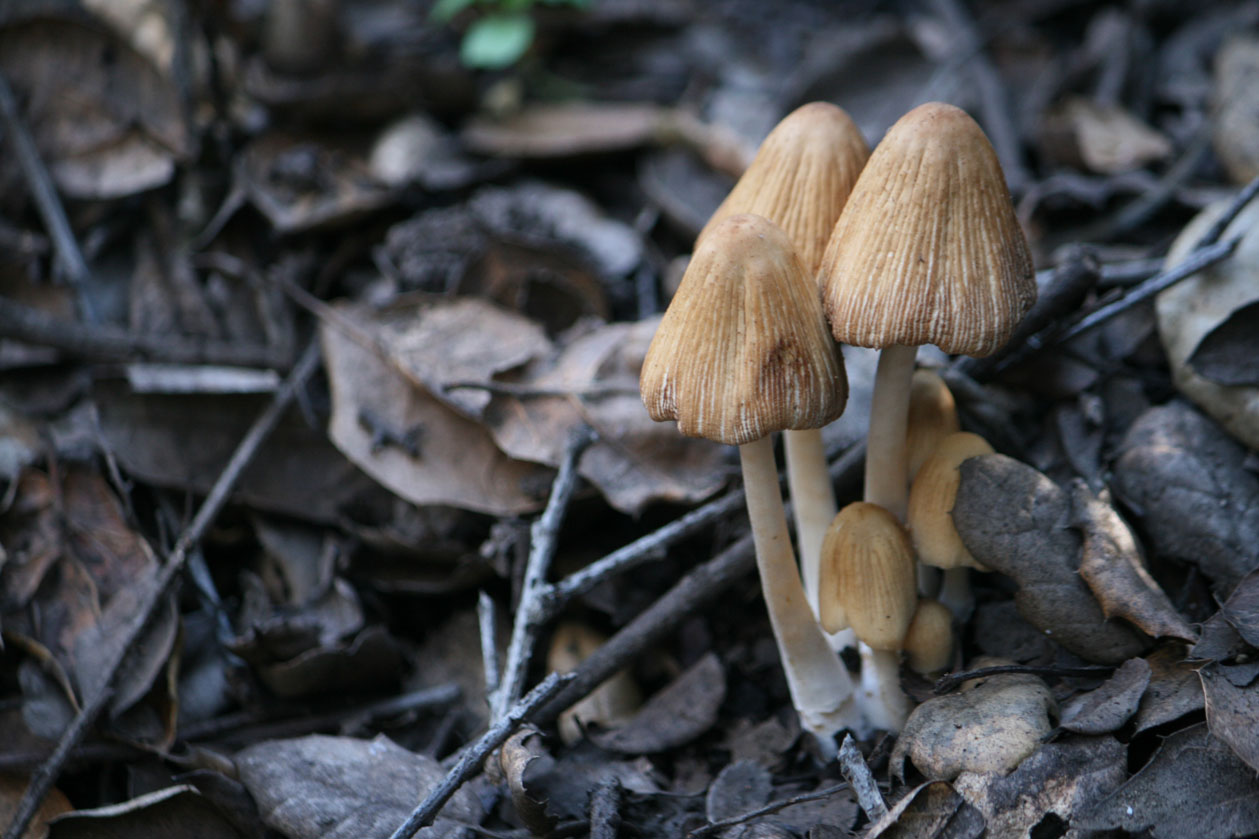 With luck, Griffith Park received a small dose of rain just before experts arrived in LA to help with the first official Griffith Park Mushroom Survey. The rain made it possible for about 50 species to be documented! The Los Angeles Mycological Society partnered with Friends of Griffith Park for the February 9th survey. Leading the survey was Gary Lincoff of New York City, a well-known mycologist and author of the Audubon Society Field Guide to Mushrooms. Also providing expertise were Fungi Magazine editor Brett Bunyard, and Manny Salzman, founder of the Telluride
Mushroom Fair. Other expert and hobbyist “shroomers” associated with the local mycological chapter also supervised.
The sign-up to participate in the Saturday survey was so popular that RSVPs had to be closed shortly after announcing it. Friends of Griffith Park wanted the survey to be an interactive learning experience for its members, so the survey was limited to 35 participants. The survey was done with permission of the Department of Recreation and Parks.
Gary Lincoff was impressed with the breadth of species that were fruiting. Mediterranean Climate habitat, like we have in Southern California, may not boast year-round mushrooming, but any moisture event – even fog – can trigger fruiting. The species list with documenting photos is still being processed and will be retained as a part of a continuing series of scientific survey work in Griffith Park. Gary thinks a one-hundred-species list is possible for Griffith Park and was impressed with the group’s proficiency in finding so many tiny species, some of which were only 1/8-inch in diameter.
Mushrooms (or fungi) are critical in ecosystems with lots of woody biomass. Saprophytic, wood-decomposing fungi, are nature’s best recyclers. Other mushrooms are symbiotic, working together with other plants or bacteria, redistributing nutrients within the ecosystem. Mushrooms are also effective toxic-waste disposers and for that reason, scientists are keen to study them.
~ Gerry Hans
Share. Twitter Facebook Google+ Pinterest LinkedIn Tumblr Email
Previous ArticleHighlights of Year 2013
Next Article Utility Charges Continue to Devastate Parks Budget